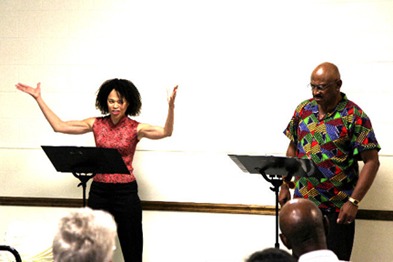 And on Sunday Dr. Von Washington, Director of the Multicultural Theatre Program as WMU, lectured a standing room only audience on the role of African Americans in the Underground Railroad. He and his wife Fran acted a scene from his play "Seven Stops To Freedom" and one from "Kentucky At Sunrise" about the Kentucky Raid.

Carol Bainbridge of Ft. St. Joseph Museum in Niles presented an overview of Cass County and the Underground Railroad on Saturday. 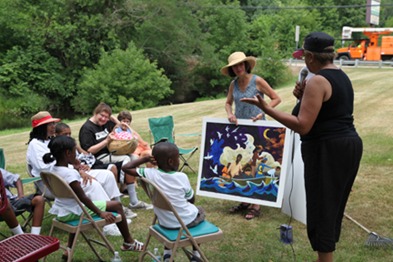 Ruth Andrews, local artist and creator of the "Sanctuary and Deliverance" mural in downtown Cassopolis, led a live interpretation of scenes from the mural. 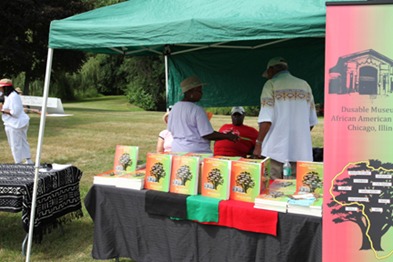 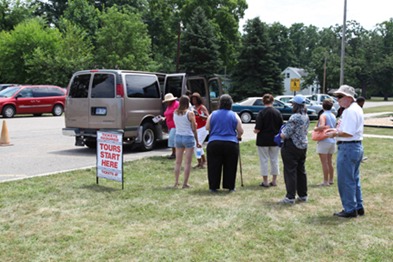 The Underground Railroad Society of Cass County provided guided tours of UGRR sites up and down M60, telling the story and showing the sites of the Kentucky Raid of 1847.

A self-driving tour can be found at the historic marker in Milo Barnes Park in Vandalia if you missed it.  You can also download it from our UGRR Site Driving Tour page. 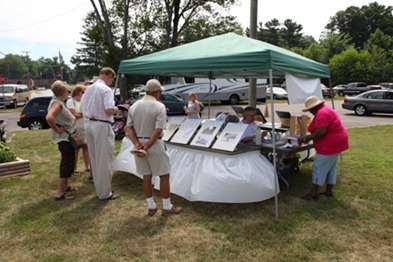 Vandalia, particularly the townships of Penn, Calvin and Porter, was a Quaker stronghold, that from 1840 to 1860 was a haven for slaves fleeing bondage, particularly from Kentucky. The Quaker Line of the Underground Railroad formed here; and Quakers, as well as free blacks and other abolitionists living here helped over 1500 fugitives on their way to freedom along the UGRR, mostly to Canada. Many 'freedom seekers' however stayed in this area and created a unique community that exists to this day. 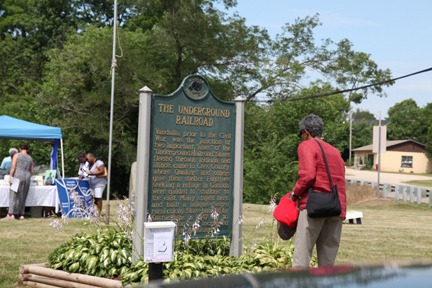 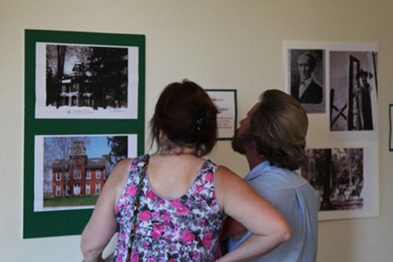 The Bonine House Tour was part of a two day party called "Underground Railroad Days" that Vandalia throws every year to celebrate its heritage as Henry Clay put it on the floor of the US Congress 'a hotbed of abolitionism.'

Others wandered around the perimeter, checking out details of the masonry, and needed repairs on the foundation. Everyone had questions, and everyone saw potential for the restoration of this iconic home, built in the mid-1840's by Quaker abolitionist James E. Bonine. 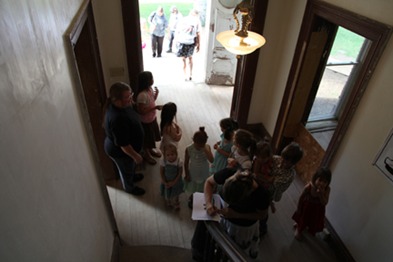 Over 500 people toured the Bonine House during last weekend (July 16 and 17) and they each had a unique experience. Some wandered around the inside of the home for hours, exploring the living room, dining room, kitchen and two parlors downstairs; and the six bedrooms up the beautiful staircase.  Kids of all ages climbed the narrow stairs to the top of the tower. Some kicked off their shoes and sat under the giant maples in the back yard, imagining how it used to be. 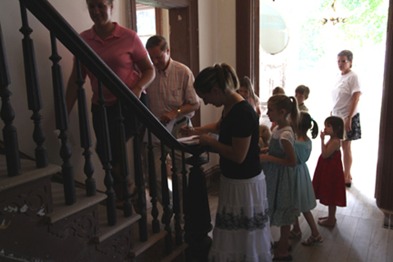