We took some liberty with photoshop but hopefully by the end of next year the Bonine House will be landscaped with lovely gardens.  Enjoy the season, hope to see you soon! 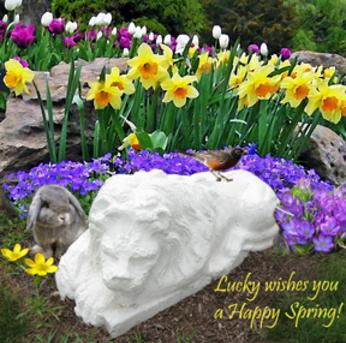 We're so grateful to Kate  Porath Torrans for sending us this photo of Lucky.  For more of the story and a new interview on YouTube. 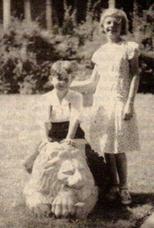 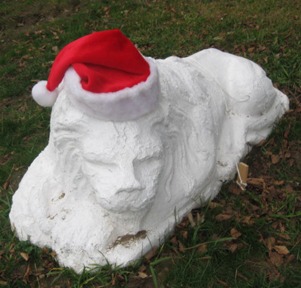 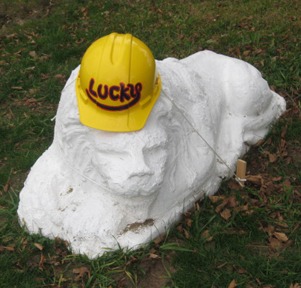 Now, after touring the Bonine House, "kids of all ages" take a photo and rub his nose for luck.

Many remember two lions in front of the Bonine House, but we have yet to see a photo. And some say that the two lions were stolen many years ago, and only one returned. These stories may both be true, but the Bonine House has only one lion now-- and he and we are "Lucky". 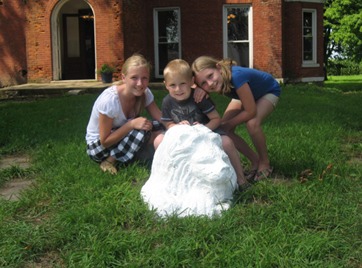 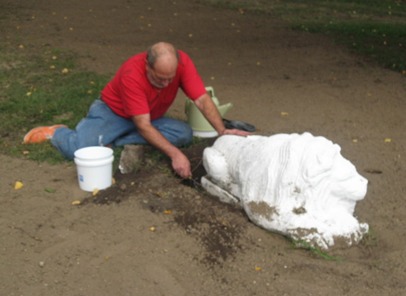 Lucky wasn't always white; he wasn't always in one piece; and he didn't have a name at all when the Underground Railroad Society of Cass County (URSCC) purchased the historic Bonine House in December 2010. He was just a lump of grey cement with a tail, and no nose to speak of.

In early spring URSCC received a photo from Kate Porath Torrans that showed her and her brother Ernie with the glowing w​hite lion in 1938 when they were living on the Bonine property. That's all that local Dowagiac artist and URSCC member Gary Weaver needed for inspiration. He decided to restore the lion to his former self. When he began clearing the brush from the area he noticed that many parts of the snout were lying on the lion's paws. Using these pieces and other vintage photos he was able to recreate our lion's face. 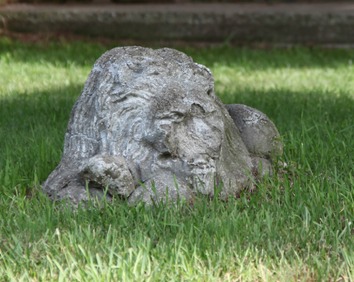 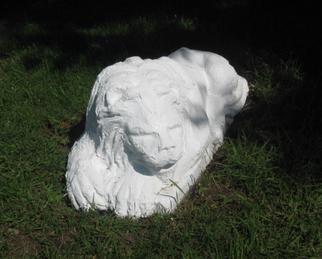 The little white lion that stands sentinel in front of the Bonine House at M-60 and Penn Road in Vandalia, Michigan is named "Lucky" and he has a fan club. He also has a story with a very happy ending.